We have to start talking about diversity equity and inclusion to heal. 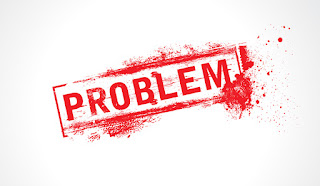 Words don’t really exist to express how I feel about what I read happened yesterday in Chicago that was broadcast on Facebook Live. Simmering beneath the amber waves of grey, pooling together at the foot of the purple mounted majesties above the fruited plains where God shed His grace the spirit of dissension fueled by centuries of ignorance, a list of ridiculous ‘isms’ and hate has taken root, festered and with every generation in a new, different way opens as a vile, ugly thing for all with eyes willing to see a new hatred blooms.
Doesn’t matter if the victims are the indigenous people who occupied this land for centuries before Columbus landed on the East Coast. Asian descendants whose grandparents were gathered and quartered in camps during the war “just in case” despite having been born and loving the very soil where they were being kept “detained.” Mexicans, Muslims, and anyone who looks Muslim being profiled, mocked and attacked. People of African descent who’ve experienced and endured unlimited amounts of hatred, bigotry, discrimination and prejudice. People of European descent presumed to be guilty of racist attitudes because the people who oppressed and exploited other cultures in the past look like them. Lesbian, gay, bisexual, transgender, nor those questioning who they do or don’t want to be with sexually. No one should be subject to physical attack based on another person’s opinion or beliefs.
Yesterday, a young Caucasian man came under attack by four people of African descent. Not the first hate crime committed against a Caucasian person in America, but definitely the first time it was broadcast or paraded. The same way hangings and lynchings used to be paraded and celebrated in the South. All of these things are disgusting. I’m not going to post pictures of either. I’m heartached thinking about what he endured, just like my heart aches thinking about what other victims of hate crimes have endured. Most people responded with outrage, shock, frustration, and sadness. Other people jumped on the opportunity to divide our fragmented country further by connecting this incident with a social media movement. Those lies if believed would only sow more seeds of hate.

No one deserves to be physically attacked because of their skin color, cultural heritage, sexual orientation, religious belief, financial standing, or political stance. People aren’t going to stop thinking what they think and telling people how to think isn’t a right. Freedom of speech is a constitutional right even for people with whom we don’t agree. However …
Freedom of attack DOESN’T exist!
Someone calls me a nigger, or a bitch… I’m not required to answer. I definitely don’t agree. Probably won’t waste my energy to respond, that is their opinion and not my business. Someone PHYSICALLY attacks me because I’m a woman or of African descent, they should be prosecuted to the fullest extent of the law including the hate crime law. Someone attacks a young Caucasian white man because he is Caucasian they should be prosecuted using the same laws. Just like I believe anyone of ANY race who commits a crime against someone else because they’re a racist, bigoted or prejudice should be prosecuted to the full extent of the law. Doesn’t always happen, but that is another blog post for another day.
Nothing warrants the treatment this young man endured. Nothing warrants the treatment anyone attacked physically endures because of racism, sexism, classism, religious intolerance, bigotry, prejudice, or xenophobia.  I refuse to defend the young people who did this because they were wrong. Every person who has ever committed a hate crime against anyone is wrong. Just like the people using this incident to push their agenda to sow division in America are wrong.
We need to have some hard conversations inside America. We need to talk to each other across cultures and communities. We need to talk to each inside our cultures and communities. Holding this generation of Caucasians culpable for the atrocities inflicted on people from the past won’t change the past or fix the future. Pretending the oppression and mistreatment of minorities hasn’t left crippling effects on the country hasn’t worked either.
I’m not upset with the “ALT RIGHT” or “BLACK LIVES MATTERS” people for being heard when they talk most and LOUDEST.
Time has come. The SILENT MAJORITY in the middle who want us all to respect and be able to live in this country peacefully need to SPEAK UP.
These conversations will not be comfortable, easy, quick, or smooth.
No matter how uncomfortable, slow and painful… for us to heal and move forward as a country, they will be worth it.
We must all have these conversations and stop allowing the people we don’t agree with to assume our silence condones their views. Once we all do the work needed to care for ourselves as individuals, families, communities, cities, states, and nations together, we can see this ancient, very destructive problem resolved.

Want to get a sneak peek into what relationships can look in a diverse, equitable, and inclusive America read the