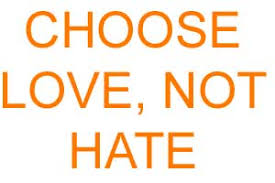 Watching this country degrade, insult, vandalize, and disrespect each other over the last eighteen months has been only millimeters short of heart breaking.
During the 2008 elections, one of my former favorite authors made a statement about how Michelle Obama could never represent her based on a lot of what came across as subconsciously bigoted opinions. It saddened me to realize that compassion and empathy were not extended for this author beyond her own political preferences.

This year I’ve watched Christian influencers denounce decade observed and preached ideologies because they didn’t like the candidate who has repeatedly confessed his belief in Christ!
Mitt Romney says he loves God, but that doesn’t mean we’re talking about the same God.  I don’t believe Mitt is a Christian because he ISN’T. He is a Mormon, a separate religion that separates itself from Christianity. Semantics, bickering, bullying and unnecessary name calling against President Obama isn’t going to change the fact that Romney is a Mormon.
President Obama is a Christian in a political party that does not tow the conservative policy line. That doesn’t mean he isn’t a Christian, it means he doesn’t mix his faith and politics.
It also doesn’t make being disrespectful to each other acceptable. By JANUARY 2012 I wanted to post the picture below in every forum and on every website because the haterade being thrown by Democrats, Republicans and Independents has become nothing less than BULLYING! 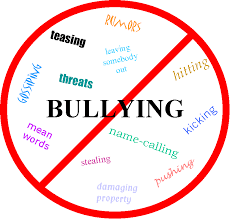 At this point I don’t have any bullet points, super deep scriptures or anything more profound to say regarding what we should pray.
I just know the only being I put my trust in is God, I didn’t vote for a candidate because I thought he could save me. Jesus did that. I don’t vote because I’m looking for a handout or sponsor, Jehovah Jireh is my provider.
My vote was based on political positions, who offered the most coherent least bull crap and other things that were important to me.
That left me with plenty of time to pray for my country to be the United States and really I don’t know what details to ask God for, I just know we need His help in America more now than ever. Not because of the person in office but because of how we treat the person next door and down the street.
I hope you’ll join me in praying that this election not tear the country apart. Whoever wins will only be semi in charge for four years. Pick your candidate. Go to the polls and please.