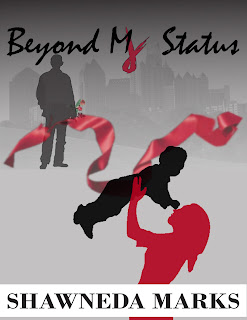 Coming Soon to Paperback             Kobo              Nook              Kindle
“Just one more time…please. I have some cash coming in later today. We can hit a big score on me. Just pass it to me.” The young blonde girl scratched her arms, with her head twitching from side to side.
“I’ll leave you enough to take the edge off, but you need to get back here with the cash you owe me, and some more crank before I have to check back in at the house.”  She pushed her scruffy, dark brown hair out of her eyes, and pulled the needle from her raggedy purse. The tip of the syringe disappeared into the crook of her arm. Her head dropped back as she pulled it out of her arm, and handed it to her friend.
The light blared down on them from above. The blonde girl accepted the needle and pointed the tip towards her thigh. She held it there for a few seconds before pulling it away from her body, and handing it back to her friend. They looked at each other and smiled.
Rosalyn heard a gasp from the audience, and sighed. She signaled for the light technician to dim the spotlight, and turn on the house lights. Her best friend shrugged. One of the women in the audience stood, picked up her purse, Bible and coat. With her shoulders pressed back, she stormed past Rosalyn and Phoebe without a second glance.
Gianna stood up from her position in the front row, and motioned for Rosalyn to come to the front of the room. Phoebe nudged her, and pointed her head toward Gianna. Her feet felt like lead as she walked up the steps. She stood in front of the spot where her actresses waited for the next cue. She signaled for them to return backstage.
“Thank you for coming out this evening for our rehearsal. I hope you had enough time to read over the information I sent out in your email invite, and will consider having us do an HIV/AIDS Awareness Day at your ministries. Hopefully, you’ve seen enough to get a gist of what we’ll be covering in the prevention, treatment and hope seminars following the skit. Anyone interested in signing up please stop, and see Phoebe on your way out. Are there any questions?” Rosalyn wiped her hands on the side of her classic cut jeans. She rocked back and forth on the balls of her feet, before taking a step towards the stairs. A hand shot up in the middle of the seats.
“How soon will you and your group be ready to present this with your other seminars?” the short man with his hand raised said.
“Two weeks.” Rosalyn flashed him a big smile. Others in the crowd crossed their arms and legs as she looked around. Her own pastor and his wife gave her quick thumbs up before she stepped off of the stage.
People began standing up, and walking out as the lights on the stage dimmed. She looked at the signup sheet on the table in front of Gianna. The short man stopped at the table.  Several women in ankle length skirts, and loose tops gathered around a tall slim woman in her sixties. She had a head of silver hair pulled back into a tight French roll. Pastor and First Lady Daniels blocked Rosalyn’s view of the other invited guests exiting the auditorium.
“It looked even better than before. You’re going to help a lot of people.” First Lady Daniels smiled and placed a hand on Rosalyn’s forearm.
“I don’t think the other’s agree with you.” Rosalyn massaged her temples with her right thumb and middle finger.
“Don’t worry. Everything will work out. Trust God.” Pastor Daniels smiled. He placed his hand behind his wife’s back and guided her toward the door.
The tall silver haired woman approached Rosalyn, and stopped just within speaking distance. Rosalyn gave her a bright sincere smile. She leaned forward to take a step toward her, and stopped when the woman took a small step back.
“Young lady, what you’re proposing is appalling.” The lady frowned and cleared her throat. “This subject matter has no place in anyone’s church. This …problem is part of the world not the church. If you weren’t out doing whatever you did, you wouldn’t have it. You should be ashamed of yourself. “
Rosalyn gasped. Her face turned red. The vein in her neck started throbbing and hot tears pooled behind her eyes. “You mean, hateful, ignorant old— how dare you!”
“You’re the one out of line. I suggest you keep your awareness whatever out of the church. The church is no place for this mess. You people need to deal with the consequences of your actions, and stop trying to suck other people in to contaminate them.” The lady crossed her arms and looked down her nose at Rosalyn.  She looked back toward the stage, shook her head again, then turned on her heel, and walked out of the auditorium.
Phoebe walked up beside Rosalyn. “Rosy, you okay?”
“Thank God, I still have a day job.” Rosalyn turned to her friend as a tear slid down her cheek.  She shook her head, threw up her hands and walked away.
***
Coming Soon to Paperback             Kobo              Nook              Kindle
Category: Wholeness series