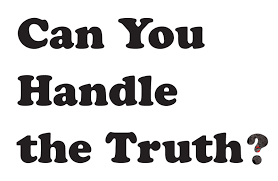 Most people who confess Christ can’t handle the truth.
Your good deeds won’t always be rewarded.
Everyone is not going to be rich.
Bad things happen to good people.
Good things happen to wretched people.
Western Christianity doesn’t address these truths often.
Sometimes you have to be nice to jackholes.
People who don’t deserve raises and promotions receive them.
You can’t just cut off all the negative people in your world, then succeed.
Life isn’t fair. 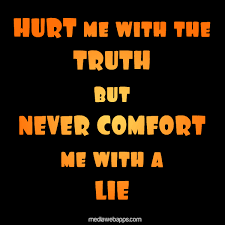 Sometimes you’ll do everything God asks of you
and things still suck.
People still lie on you, ridicule you and misuse you.
Somewhere in my walk with Christ I accepted this truth.
Western Christianity preaches if you do “abc”…then “xyz”will happen
What if it doesn’t?

I’ve come to a place in my relationship with God where
I do what He asks me to do because I love Him.
The pain, the ridicule, the sacrifice, loneliness,
and everything I know I’m going to lose or endure
has been considered, weighed, acknowledged and
I have to do what He asks me to do, anyway.
Not for a “reward”
Not because I’m afraid of having “blood on my hands”
For the same reason He endured pain, ridicule, sacrifice, loneliness
and more than I’ll ever know on the way to dying on the cross.
Christ endured pain in obedience because He loved me first.
I’ll endure pain in obedience because I love Him.