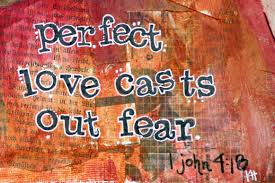 Church represented several things to me as a child,
Dresses, long boring Sundays, and fussy/mean old people.
These old people would get on the mic and talk.
They talked about fearing God and sounded afraid of the devil.
It wasn’t until I met First Lady Eunice Capers I considered Christ.
She was the first woman I ever met who personified to me what I wanted, love.
Fear I knew enough about already of God and implied about the devil.
First Lady Eunice Capers taught me about love.
She lived it so well, one day when she was ministering I confessed Christ.

More than twenty years later, I’m still captured by God’s love.
When I think about my relationship with God over the years
Love anchors my service, participation and fellowship in the Body of Christ.
Despite the legalism, fearmongering, judgement, graceploitation and plum foolishness
I’ve encountered in most churches over the years.
I’ve observed how much love indicates the effectiveness of a church.
When the Pastor, leaders and members shape their perspectives in life by God’s love
the surrounding community as well as people grow and thrive

With this understanding of the importance of receiving and sharing God’s pure love,
I cringe when I hear people preach, lead and teach from any other place.
My teeth itch when people minister more about the devil than the Lord.
Some have defended their stance by saying they’re studying their enemy.
Attempting to “study an opponent” doesn’t insure victory.
Nothing in the bible instructs God’s children to “learn about the enemy.”
Old and New Testament verses instructs God’s people to follow, learn and know God.
I’d rather study and mirror the victor over my enemy, than be bogged down in the tactics of the entity against me.
Especially since I know LOVE wins!
Are you engaged in fearless love?
If not, why?
Christ won His battles against the enemy without studying the devil.
Let the mind be in all of God’s children, that was in Christ Jesus.
What are some other ways to engage in fearless love?